Most of the Youtube howto videos related to Psytrance deal with the making of genre specific sounds like kick and bass, lead or arpeggio and a lot of diverse fx sounds. After a while you have acquired one of the basic building blocks for the composition of such sounds, but the question of the distribution of these sounds on the timeline follows – the composition in time. If in a song in Pop and Rock the compositional building blocks are almost always the same through lyrics oriented parts like verse, bridge and chorus, we meet since House and Techno a free form – so also in Psytrance. And here lies the true art of composing: to captivate the listener and the dancers over a period of a few minutes before a DJ spans a wide arc by mixing all these tracks together to take them on a longer journey. Of course, these tracks can also stand for themselves, but they are usually part of a „sound continuum“ mixed together by a DJ and tied to one purpose – dance music for a club or an open-air festival. 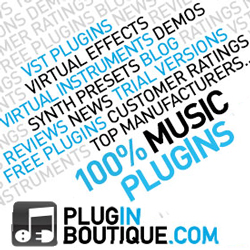 So, how does composing exactly works in Psytrance? I would say that there is no universal recipe. It’s a game with the attention of the listener by skilfully stringing together flow and break, continuity and surprise, rise and fall. But to learn from the best artists on the scene, I chose the title Sahara from Astrix to take a closer look. For Astrix no further introduction is required here, because with his album Eye to Eye (2002) he catapulted himself to the foremost front of the Psytrance top acts and has not relinquished this position since. And so, of course, due to the countless live performances and the experienced response to his tracks, he was able to adapt and optimize the form of his pieces again and again. So, first things first. Let’s listen to the track.

Due to the fact that nowadays Psytrance is usually composed in pattern and loops with a digital audio workstation like Steinberg Cubase, Logic Pro or Ableton Live (and others) it helps to reimport the audio file back into such a program to have a better overview of the piece.

If you zoom to the end of the track, you can see that at a speed of 145 bpm, the track has 320 bars at a total length of 8:48 min whereby the intro already has an epic length of 1:46 min. – respectively 64 bars. This one inevitably reminds with its chord progression of Pink Floyds Shine on you crazy little Diamonds, with which already a nice recourse to one of the roots of Psytrance – Psychedelic Rock – has succeeded. Some genre typical fx sounds are heard before a nice sampled violin melody gives the intro a world music character. A synth arpeggio line fades in before we get down to business on bar 65.

Now 16 bars of scene A (bar 65 – 81) follows (Why I call individual structural elements a scene can be found in the glossary). The foundation of kick and bass play driving 16th notes and the arpeggio from the intro is accompanied by a second one. On every third count of every second bar you can hear a finger cymbal. After the first eight bars downlifter fx sounds already prepare for the first break.

During break 1 (bar 81 – 89), kick and bass are continued with increasing high-pass filter for six bars accompanied by scream samples and uplifting sound fx, before two bars of a vocal passage sample and a drum flam transferrs to the next scene B. The continuation of one or more elements (here: kick and bass) of the previous part into the next, serves to connect both. Like scene A scene B (bar 89 -105) has a lenght of 16 bars. Kick and bass stays the same, but additional offbeat hihats and snare drive the track forward. While the main character – the arpeggio – in scene A rather generates a flow of sound, the staccato chords played in scene B create a nice contrast to the first scene, bringing variety. After four bars some long synth sounds appear before a downlifter prepares the next break 2 (bar 105 – 109) of four bars. The staccato chords continue.

The next twentyfour bars could be seen as scene B‘ (109 – 133), because the formative figure of chords played staccato is continued. The offbeat hihat is more open and louder and another arpeggio slowly fades in accompanied by some fx sounds. The last four bars are trimmed by a highpass filter. If we had a vertical contrast with scene A and B, the layering of staccato sounds and arpeggios leads to a horizontal contrast.

A previously unheard rhythmic acid-synth pattern leads through the twelve-bar break 3 (bar 133 – 145) and gets an additional layer by a traditional Bulgarian women’s choir. With the cut-off filter opening wider and wider, the acid-synth pattern is repeated for another twelve bars within scene C (bar 145 – 157). Additional spoken vocals can be heard. The last four bars of the part are high-pass filtered again.

In designing the next two scenes, Astrix again uses the technique of contrasting. While in scene D (bar 157 – 172) a flow is created by means of a continuous arpeggio figure. This flow is again broken with individually distributed sounds in scene E (bar 174 – 190). And again a contrast takes place through a fade in of another arpeggio. Both parts are almost equally long. Scene D has 15 bars and Scene E has 16, separated by the two-bar vocal sample (break 4, bar 172 – 174) we already know from break 1. The following break 5 (bar 190 – 240) spans 50 bars and can be divided into three subparts. After the abrupt reduction of kick and bass, it seems as if the track simply fades out, but this leads to a complete dissolution of the rhthm due to the overlay of the metre-less midle east string instrument sample playing (bar 190 – 210). Then a long riser builds up (bar 210 – 233) consisting of a new arpeggio, low-pass filtered kick, snare drum and some fx sound to end in the legendary quote by Timothy Leary. A delay effect provides the transition by steadily repeating the last two words „drop out“ and inserting them in as an element in the next part.

In a larger context, the following two scenes could be seen as a compromised reduced repetition of the first three scenes (scene A, B and B‘). However, because no other elements are repeated except the kick and bass, scene F (bar 240 – 260) can be declared as independent. The next scene (bar 260 – 284) is a repetition of scene B‘, because not only the striking staccato string chords, but also the contrasting arpeggio comes into play here again and also the lenght of 24 bars stays the same.

I regard the remaining bars as Outro (bar 284 – 219), which was divided into three subparts. The spoken columns of numbers 540540616109014 comes from a transmission of a number station, but from my point of view this seems to have nothing to do with the track (This information was sent to me by a friendly reader of this article. Thanks Warren!).

All in all a wonderful composition that simply has everything. The length of the scenes and breaks are very different and variable and follow a musical flow. Before completely new figures are introduced, existing ones are viewed in a different light by contrasting them. This allows the producer to be economical with the material. The transition from one part to the next takes place with convincing continuity. By setting reference points (vocal sample during two breaks, repetition of a beginning part at the end), the piece is tied together very well. Last but not least, Astrix can be credited with a successful selection of samples that give the piece a nice touch of world music. With a reference to Pink Floyd and Timothy Leary, he clearly positions his music within the psychedelic culture.